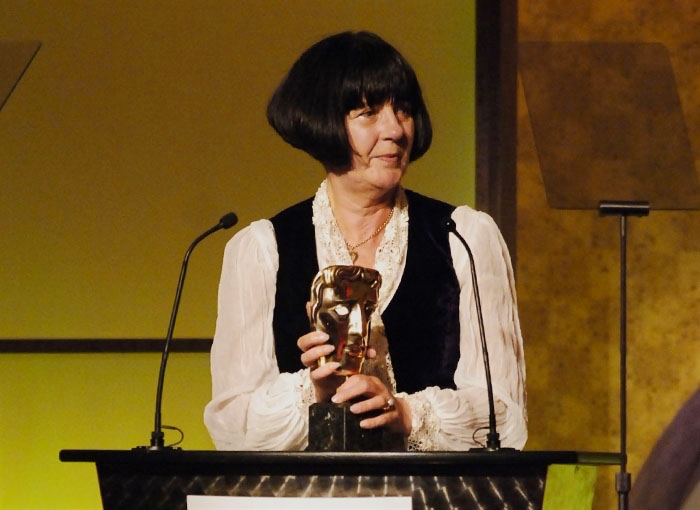 Andrea Galer is a BAFTA and Emmy winning Costume Designer based in London.

Andrea began her career in commercial design and costume design for an array of stage and television productions. These productions highlighted Andrea’s innate ability for design, that saw her hired to work on her debut feature film, Don’t Look Now. Working for director Nicholas Roeg, on this BAFTA winning film, Andrea was responsible for the design of costumes worn by Julie Christie throughout the production.

Andrea followed this with her designs for the cult classic Withnail and I. The film starring Richard E. Grant remains an influential feature film in design, with Richard’s coat in particular being an iconic look still popular today.

After these earlier successes in features, Andrea became much in demand and was soon being hired to work on some of the most successful television shows of the last twenty years. These include Mansfield Park, The Way We Live Now, Spooks, Agatha Christie’s Poirot, Whitechapel, and most recently Dickensian.

However, it is for two TV shows in particular that Andrea’s brilliant design work is revered and influential today. The first of these is Bleak House, starring Carey Mulligan, Charles Dance, and Gillian Anderson. Andrea’s stunning work on the show landed her the BAFTA for Costume Design.

Andrea followed this success with Jane Eyre, starring Ruth Wilson and Toby Stephens. Andrea’s breathtaking and influential designs saw her win the Emmy for Outstanding Costumes for a Mini Series.

This vast and award-winning experience in period costume design made Andrea an exceptional talent that our Director was keen to bring to our production. So we were delighted to hear at the meeting that Andrea loved the script for The Sands of Time and wanted to help us.

Andrea joined our team to source all of the costumes for Hattie and Nate in The Sands of Time.