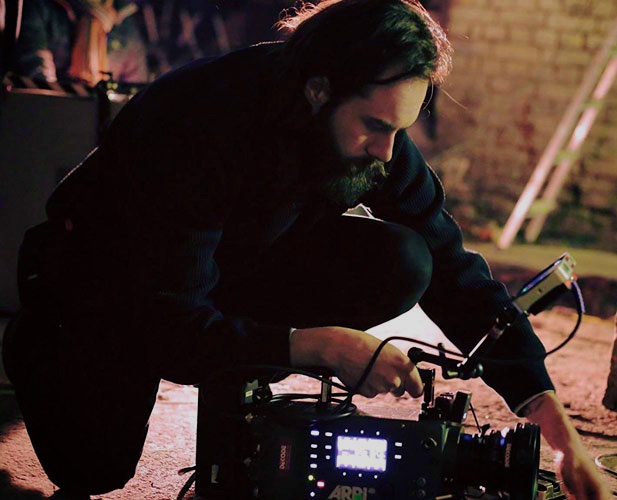 Ariel Artur is a Cinematographer based in London.

Originally from Porto Alegre, Brazil, Ariel studied cinematography at the New York University of Professional Studies where he was awarded a certificate in cinematography.

These studies continued with a Film Production Degree in 35mm Film and Digital at PURCS, and later an MSc in Cinematography and Post Production at the University of Greenwich.

Since relocating to London Ariel has worked continually as a cinematographer on numerous short films, promos, music videos, and feature films.

Along with the nine feature films Ariel has already shot, he is now in pre-production on another three features.

With this impressive resume of credits, we were delighted to discover Ariel loved the script for The Sands of Time and was keen to be our cinematographer.

After a successful meeting with our Director discussing the aesthetic look of our film, it was evident that Ariel’s talent and shared vision would ensure The Sands of Time would be the film we always wanted it to be.

Ariel joined our team to work alongside our Director as the Cinematographer of The Sands of Time.