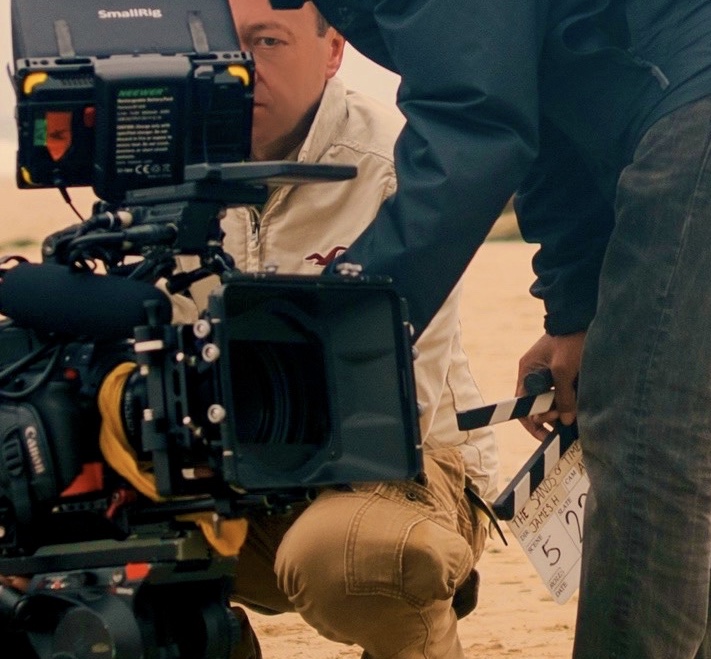 In his career James has directed over 200 actors, including BAFTA Winners and Emmy Winners.

His short film, The Inuring screened at the Oscar qualifying Rhode Island International Film Festival and another 60 film festivals. It won 20 awards across the festival circuit – a one in three win ratio.

He also directed Emmy Winner Tobias Menzies in The Velvet Abstract, his multi-award winning environmental short film produced on six continents. Scored by Composer Jean-Pascal Beintus, the film was part of a BAFTA environmental event where James was a panellist on stage for a live Q&A. It screened at over 100 international film festivals.

James followed this with short film When the Rain Sets In with a team from Oscar and Emmy winning productions. The pitch for the film itself won a contest on stage at BAFTA. It was edited by the Oscar Nominated Editor of Green Book.

He is now developing his fiction film debut.