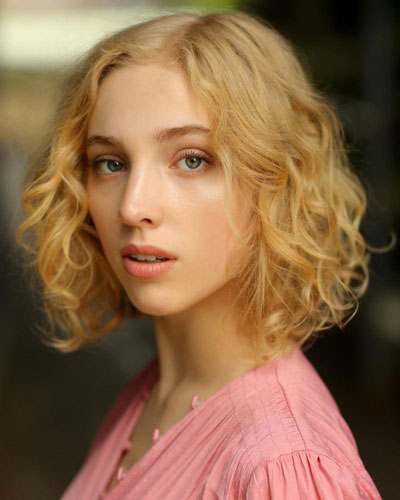 Tessa Bonham Jones is a London based actress represented by United Agents.

Tessa graduated with a BA in Acting from the Drama Centre London where she performed in a number of productions, such as Rocket to the Moon, Hotel Paradiso, and Twelfth Night.

This led to her debut feature film role in the blockbuster movie Justice League, directed by Zac Snyder.

Most recently, Tessa was cast as Lucy in Wonder Woman 1984, the much anticipated sequel from director Patty Jenkins.

Tessa played Helena in A Midsummer Night’s Dream. The Shakespeare adaption directed by Nicholas Hytner won plaudits on both sides of the Atlantic during its stage run.

Tessa can also be seen in the six-part drama The Trial of Christine Keeler for the BBC.

This range of work and talent, made Tessa an actress our Director was keen to cast in the role of Hattie, our time travelling leading lady.

So we were delighted to discover that Tessa loved the script for The Sands of Time and was keen to play the role.

We are looking forward to sharing Tessa’s amazing performance in our film across the festival circuit.